Mad Man with a Box and the Impossible Girl

January 12, 2014
I had no intention of painting this picture. Well, maybe one but it was the fall of this past year and the picture looked like this back then: 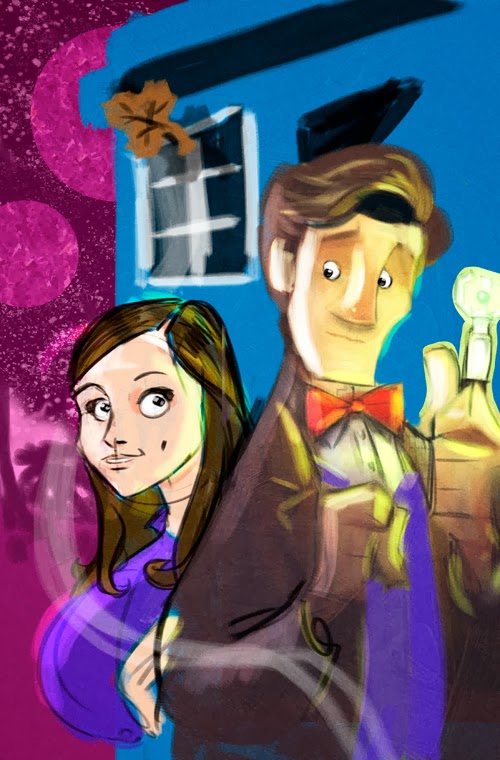 It's just a sketch but then I decided against it for a number of reasons, none of which really matters now. Then a series of events happen, as they tend to, that led me down a path that I was really unprepared for. Firstly, the Drew Struzan documentary was released on Netflix and my wife and I just had to sit down to watch that! Then, in a rather fast manner, I wound up signing up and agreeing to a "road trip" for the Wizard World New Orleans comic convention in early February. The show where the recently departed Doctor, Matt Smith would be appearing. I initially thought that I was not going to be doing anything special art-wise for this as I had plenty of Doctor Who art and the Weeping Angel picture already in my stable of offerings. I was good and was staying pat. Or so I thought. I had been recently experimenting with a looser, painterly style that involves painting on my phone for parts and just started doing a Doctor Who piece out of the clear blue. I just sat down and started doing it. Totally not planned. I knew that I didn't want to just paint of photo of The Doctor that had been seen a million times already so I had to redraw him from several pieces of reference. I didn't work as hard on Clara to be honest but I did change the registration of her eyes at least! So then I had this drawing on my tablet: 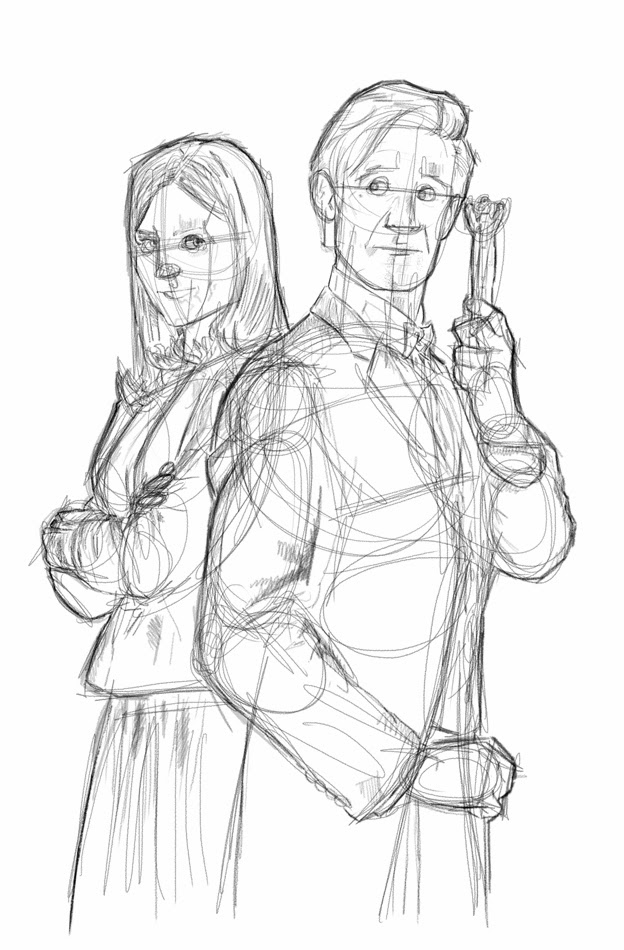 I then preceded to paint on my phone in order to keep me "looser" than I tend to be and working really small with big fingers seems to help! Then it gets a bit complicated with exporting pics and compositing them in Photoshop and then sitting to "paint" in ArtRage. Still trying to keep it pretty loose. By then I had a mess! I had arrived at the ugly stage of the painting. This is the point where you want to trash it but then cave in, let your worries go and relent with the notion of "it can't get any worse so what the heck!" 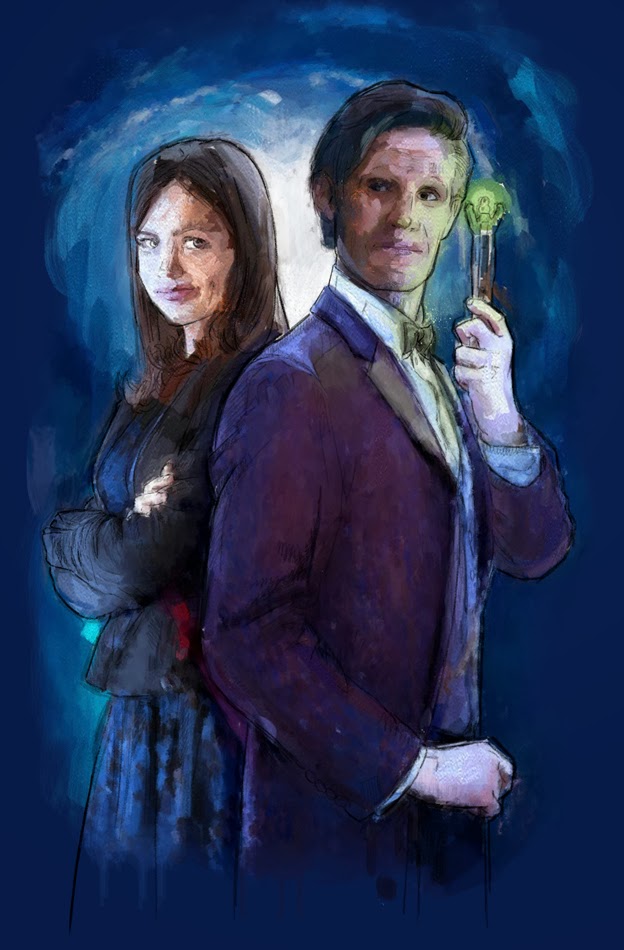 Now this is the stage where I had to buckle down and paint! And paint I did!! I can't tell you how pleased I am with the results. I hope this was not a one shot deal that I can't replicate. Here is the final pic. 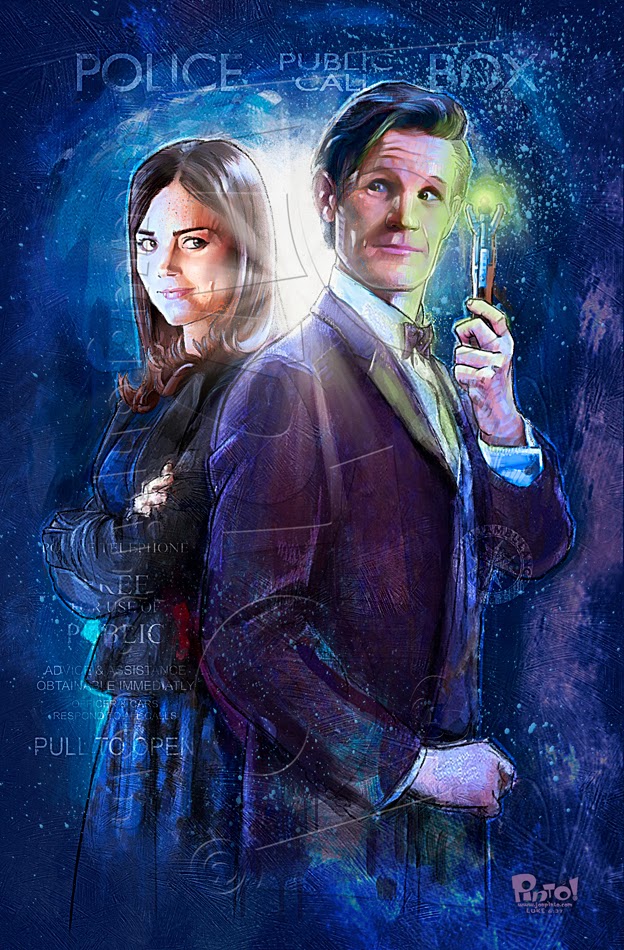