February 09, 2019
I have been a fan of the Doom Patrol for ages!! I first discovered them way back in the 70's when DC tried to revive them as the New Doom Patrol and then I got hooked when the New Teen Titans quickly became my favorite book in the early 80's. I started collecting the original issues when nobody cared about them and I could find decent copies for very little money. Now they are getting a TV show on the new DC streaming network! So while I was sitting idle at a show several months ago, I began to doodle a Doom Patrol pic. Mostly because everyone else was drawing around me and I felt a bit of pressure to do so as well. Ha! I didn't quite finish the drawing but I did scan in what I had and then finished it digitally and then colored it as well and added the dressing. Was fun. 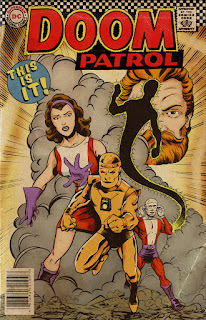 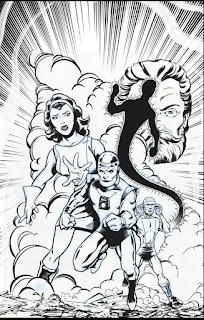