May 04, 2020
Growing up as a kid in the 70's we obviously didn't have access to cartoons like today. We only had Saturday mornings, a few old, after school shows like Woody Woodpecker and Sunday nights on the Wonderful World of Disney. Most of the year I would be continuously disappointed on Sunday nights after being so excited with anticipation for it to be finally time for Uncle Walt to come on, following the nature show Wild Kingdom (I hate nature shows!), totally wanting a Disney cartoon to be shown...more nature. UGH! Took me years to figure out that Disney only showed the cartoons near holidays for the most part. But one of those cartoons that they would bust out (they didn't show the feature films) was Paul Bunyan! I loved this short! So much that it made my disdain for nature programs and petting zoos grow because if they didn't have a blue ox, well then what's the point!??

So I have been drawing quite a bit of Disney characters lately and was asked to do one of Paul Bunyan. How could I refuse?? 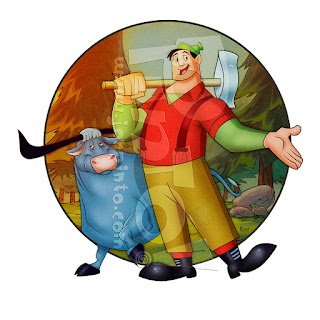 Here is the finished pencil art in case you like that sort of thing. 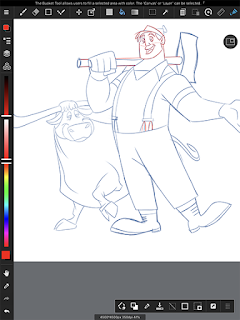