You may have noticed a serious lack of posts from me. That stems from several reasons. I have a few projects I’m laboring away on that I can’t share, that’s not uncommon, but I’ve also taken on a part time job in a retail shop. Mostly tho it’s been because of our dog. Snickers is only six years old and the friendliest, playful and most energetic dog. A few weeks ago, I got up early as always, took out the dog and made breakfast as always. Snickers is like my shadow. Before I sat down to eat, he left my side and went to lie down. And then things got worse. In a matter of hours he became almost paralyzed in his hind legs. He didn’t fall or jump. There was no yelp that he was hurt. It just happened. We took him to the emergency vet, one that we never saw before. Snickers was diagnosed with IVDD. Basically a spinal cord disease that his regular vet failed to diagnose for years and thought he had stomach issues. They couldn’t help him but offered to euthanize him. We took him to Gainesville instead. They also concurred with the IVDD diagnosis but suggested different medication, bed rest and an MRI and possibly surgery. All very expensive. We have already gone ahead with the MRI and found that his IVDD is advanced but he should still be able to have a good life. We still need to keep him on “bed rest” for eight weeks, and he needs to be trained to be less active. Surgery is also still a possibility. My wife has already set up a GoFundMe page and it has taken the sting out of the cost. A friend suggested I do a special print to raise money as well. So I made this. The purchase of this print will also get you a free print of your choice. You can also buy whatever you like as the whole store is open thru the weekend. If you ever thought about getting a print from me, I would ask that you do it now. If not, consider making a smaller donation to the GoFundMe page or please at least share this info to spread the word. 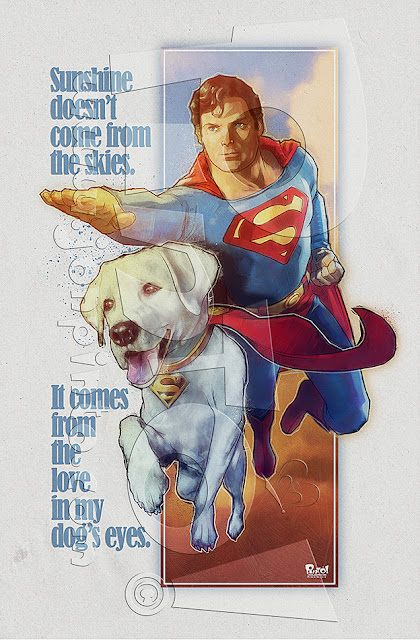