Everybody loves a good villain and I think Ming is just about tops. He really sets the standard for sci-fi villainy. Would Darth Vader exist if Ming did not?? I don't think so. Anyway, during my research I noticed quite late is that most posters for ANY incarnation of Flash Gordon really emphasized Ming in the composition. Even my thumbnails did that initially. Therefore I decided I would change that. This time the hero would be the true centerpiece. Ming can always steal the show, but why make it easier for him.

Finding good reference for Charles Middleton proved to be quite an undertaking in itself but I think he turned out well in the end. Some have already voiced their opinion and stated that he was their favorite part of the final painting. So here are my preliminary drawings of Charles Middleton as Ming the Merciless. 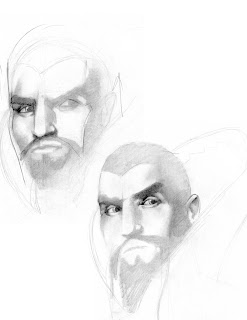 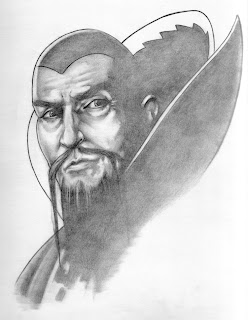