So I was cleaning my office at home and stumbled upon one of my earliest sketchbooks from the mid-80's. Before that I used a lined, 5-subject notebook! I still have that somewhere too. Anyway, I scanned a few "gems" from said sketchbook and decided it would be fun to share. Some of my old friends may even remember them as I was SO proud of each of these at one point. They are all of comic characters since that was still my goal at the time. Before I found out you had to draw EVERYTHING in the comic including garbage cans and lamp posts and such.

First up is the Elongated Man. You ever hear of him?? Anyway, they tried giving him a modern costume in the '80's but really, it was purple and white! I can still remember drawing this in my bed really late at night and then waking up early in the morning and finishing before anyone else woke up. Why would I remember that??? 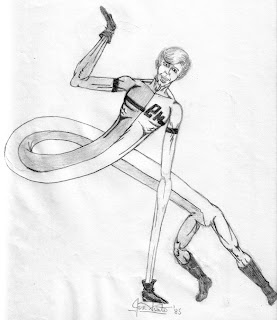 Next up is the Spectre! A real classic and still pretty cool. I was riding a high on him after Crisis on Infinite Earths! You may even notice the incredibly strong George Perez influence. I have a doozie of a story about him, by the way. But that is good for another blog. 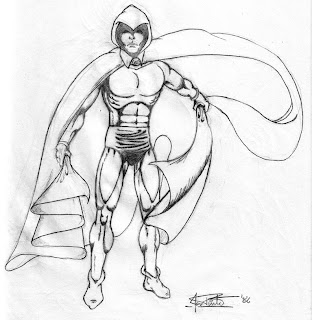 Last for today is Aqualad!! Now, Aquaman is the butt of many jokes so the fact that I decided to render his version of Robin is funny! Really tho, the Teen Titans were riding high at the time and he was a founding member. I even tried my hand at an underwater backdrop here! 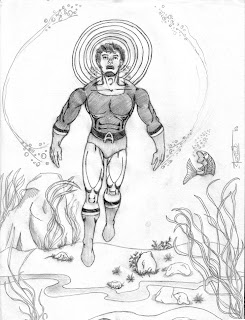