I still remember the day I read the news that Doctor Who was coming back to TV. I was floored. I immediately thought of how long it would take for it to be shown on American shores! Then I saw leaked pics of the "new Doctor". I was not happy. He looked like Fonzie with a short hair cut. What were they thinking?? What are they doing to my show??? I should not have worried. By the end of the first episode I was sold on this new take on the Doctor. Nothing was thrown out. No "re-imagining". Just Doctor Who as he should be. After the second episode, I was totally hooked on Eccleston as the Doctor. He was great. He was brilliant. He was............FAN-TASTIC! 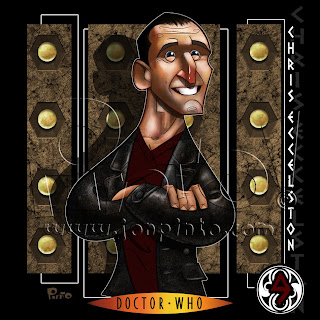