Back to the vault. Here are three pics I did when I first started coloring my art in the computer. I used a full value pencil drawing and then "glazed" on color digitally. I like certain aspects of it, but it was very time consuming for a slow pencil pusher like me.


I grew up watching Lou play for the Yanks and was thrilled when he was hired to manage the Rays. Didn't really work out but I think it really helped me become a Rays fan. 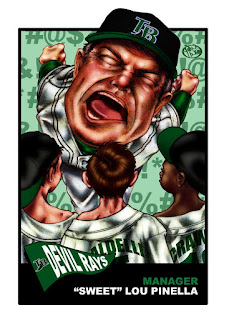 Neil Finn is my favorite singer/songwriter and this was SO much fun to do as I began to understand the possibilities of drawing parts seperately and then merged on screen. 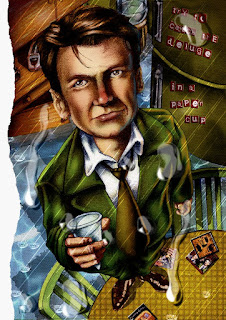 I did this at the height of the anti-Eisner sentiment towards the end of his reign at Disney. It was about to be published on the SaveDisney.Com site but then he resigned and the site was taken down. I enjoyed playing with the images behind Eisner. Walt is obviously looking un-amused, Roy Sr. is hidden and Roy Jr. was taken down. 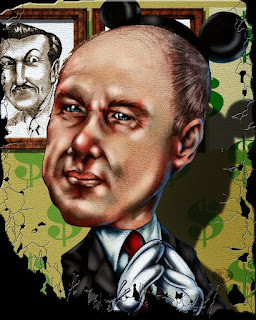