We are over the hump now so just bear with me for this and a few more posts with this old stuff.
The first one today was done for my son on his third birthday. This is the first time I actually used him as the centerpiece of his card, Before this one it was a baby elephant and Elmo. Pirates were still big at the time and it was fun decorating the house as a pirate ship too. I still think this pic is fun. 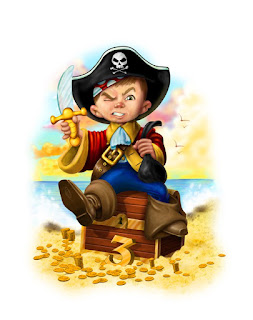 This next one goes back a bit further. I think I started this when I was a senior in college and thought about this as my senior project. I had found a Norweigen fairy tale that involved a boy that is shrunken by a gnome for his bad deeds and his only ally is a goose who in turns flies him all over Norway to find the gnome to restore him to his full size. The boy is also granted the ability to understand and speak to animals but that was to teach him a lesson since he constantly mistreated them. I thought that this would make a terrific Disney movie. I still do. 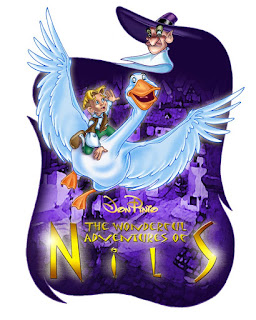 Lastly today is a logo I did for my friend Joel. He wanted a drunken dog but didn't want to show him actually drinking. He used a modified version of this one. I think "mom" was taken out but the dog remained untouched. 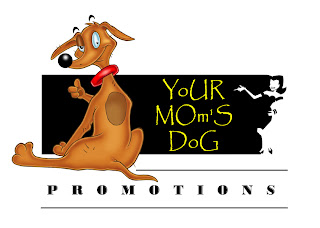