My wife was able to score two passes for the big Star Wars Celebration Five that took place here in Orlando this year. This was a nice surprise as I had written off my chances of going since we had just gotten back from California and I got to go to Comi-Con. Anyway, my wife gets these passes and they are exhibitor passes to boot! No waiting in line!! So my son and I go early on the Saturday morning and have a really good time for over three hours! Saw so much stuff and walked around until my six year old jedi could not walk anymore. Then I saw it. I could not believe my eyes and my blood pressure must have gone haywire. A Doctor Who print for twenty bucks! MY DOCTOR WHO ART WAS FOR SALE!! Someone had taken the file from the internet and printed them out and was selling them. And from the story I got from the dealer, he was not the only one! You never think it's gonna happen to you. I figure, who am I?? Why would someone want to sell my pictures?? I'm not famous by any stretch of the imagination. I am partially to blame for not protecting myself, so now I am forced to watermark everything that gets posted. I think this sucks! I hate watermarks on my work but the other option is to no longer post artwork and what is the point of that??

So here as a first post with a watermark on it, and of a Star Wars character since I was totally jazzed to do it, and ironically,.....someone else's painting. Well, sort
of. I didn't realize that the reference used for this was a painting until long after I had finished it. My apologies to the original artist. So ironic! 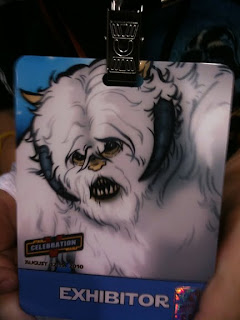 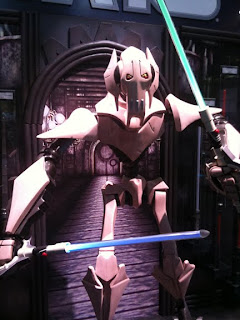 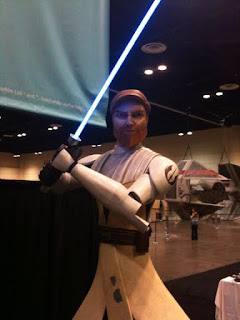 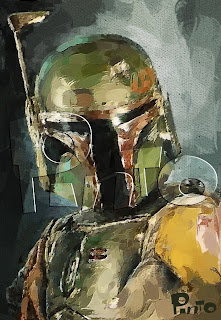