Brigadier Alistair Gordon Lethbridge-Stewart as played by Nicholas Courtney. It was always a treat for me when the Brig made an appearance in Doctor Who, especially after his run as a regular ended when the Third Doctor bowed out. He went on to meet the Fourth, Fifth, and Seventh on television and was mentioned by name in a Tenth Doctor story. He recently returned to the role in the spin off Sarah Jane Adventures. Sadly, Nicolas Courtney passed away yesterday in London at the age of 81. Five rounds rapid in honor of the Brig. 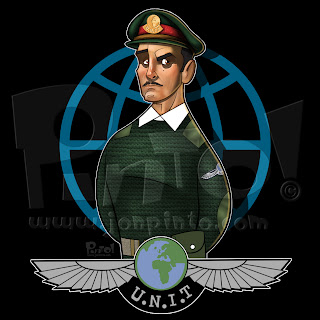