A few blog postings ago I mentioned, and even previewed, a re-worked version of the Logan's Run art I originally did back in 2008. What a difference a few years makes! Now to be fair, the original one was done when I was just first started to think about what my work should look like. And I am not convinced that you actually get to make that a concrete decision. It seems to have a life of its own and it behaves and grows on it's own and you can really only influence it and nuture it. A lot like being a parent actually.

I really didn't expect to finish this picture so soon either as I have so many other projects keeping me busy right now but it moved along faster than anticipated and a lot of the thinking about it had been worked out back in 2008. As was much of the leg work such as looking for reference. So here is my re-worked version of Logan's Run plus the time lapse video and even more sketches of the development including THE original one done those many years ago. 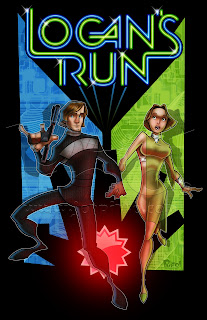 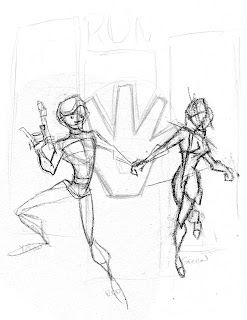