Is Freddy a classic monster?? In my last post I stated that I would do a classic monster next and I did Freddy Krueger. He's been around long enough now right?? Long enough to get a remake so he must be classic. I know I am right about this. I think Freddy originally came about when I finally found the courage to watch horror movies. I don't just mean the classic Universal horror movies, but the current, well, 1980's current, movies being shown in the theatre. I don't think I saw Freddy in the theatres to be honest. I think I had to wait to rent it on a videocassette. I am now wondering how many more times I can date myself in this post! I actually thought I was going to do the Frankenstein monster when I initially made the comment earlier, so I kind of surprised myself when I actually sat down and worked out the Freddy Krueger piece from a doodle I had done earlier. I think I may have even posted it on Facebook but I am really too lazy to go back and check. I am going to post an early sketch here in case you are too lazy as well.


Here is a cut and pasted (feels weird calling it "frankensteined" on this post for some reason) doodle. 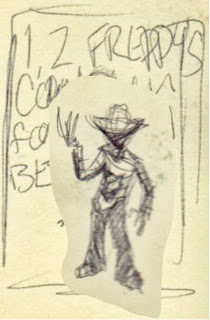 Photoshop sketch to refine my gesture. 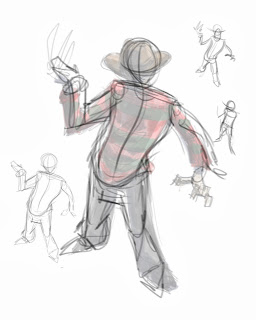 Color added. What the heck, right? 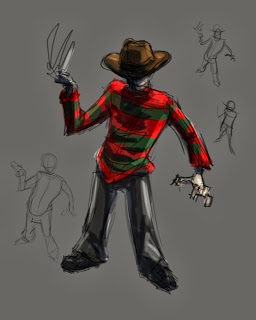 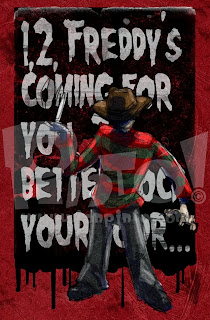