Peter Capaldi IS The Doctor!!

I always get a little worried when a new Doctor is announced. And excited. It's the nature of the show. I must admit that I was a bit concerned when Peter Capaldi was announced as the successor to Matt Smith and I fully admit that it was his age that initially caught me off guard. I think I just always had a tendency towards younger Doctors as Peter Davison was my first. I was won over tho. Plus I never quite understood why so many people were vocal about his age being a factor and many of the same people loved when Paul McGann re-appeared as the Doctor in the minisode before the 50th anniversary. He is only one year younger than Capaldi. Well enough about that. I did say that I was won over and then I was even more keen on the new Doctor when his costume was revealed. I like it. I like it a lot! Some have compared it to a "less frilly Pertwee". I can agree with that. I am anxiously awaiting the new episodes like all the whovians out there and I hate that it is such a long wait but I have no control over that. Now as far as my piece goes, I know that everyone has seen the promo shot of Capaldi in his costume a zillion times, but I thought it was such a great pose!! I knew I had to keep it. I did make my own Clara for this one tho. 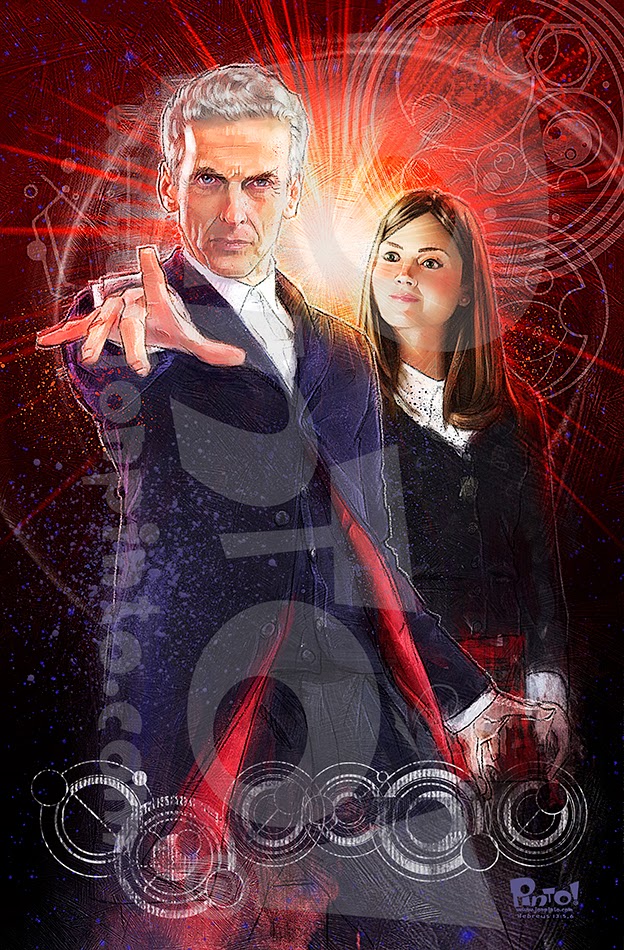 This is not the rough sketch made for this piece. This is the final drawing that I went back into with more details and embellishments as a test for an upcoming picture. I think it looks pretty cool. 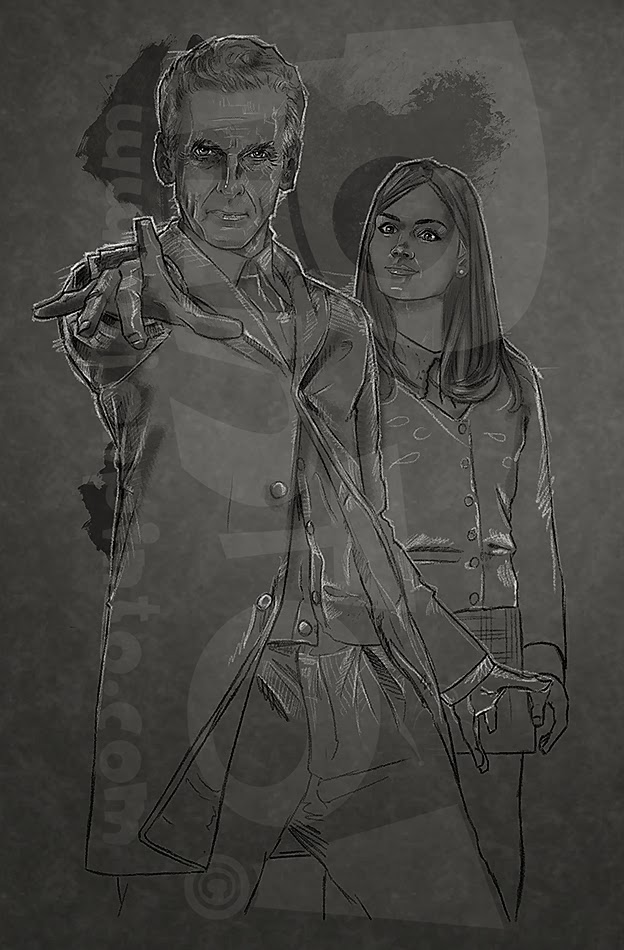