When they announced a Captain America movie I was pretty skeptical to say the least. I actually remember those two 1970's television movies with Reb Brown as a Californian Captain America. Pretty bad stuff. And so was that 80's version with Matt Salinger! Complete with rubber ears!! If you don't know what I am talking about, go Google them. So my nervousness was assuaged when Joe Johnston was tapped to direct it. Loving The Rocketeer I knew that Cap was in good hands and he didn't disappoint. I thought it was a fun and mostly faithful adaptation and they presented us with making a guy wearing a flag actually believable. No small feat. If I were to complain about anything (and I am. That was the cue.), is that there were no references to Joe Simon or Jack Kirby anywhere in the movie. And Stan Lee made a cameo. Seriously?? It could have been so simple. The antique shop that fronted the lab where Steve Rogers became Captain America could have been called Simon & Kirby's. Perfect. I have a feeling that the lawsuits from the Kirby family may have had something to do with it, but to leave out Joe Simon?? Shameful. At least Joe is featured on the bonus material on the DVD.

I loved this Captain America suit! So much that I thought the Avengers version really paled in comparison. My only nit-pick was that there was no red stripe below the star. Well, there is in mine.

Sing with me now. "When Captain America Throws His Mighty Shield........." 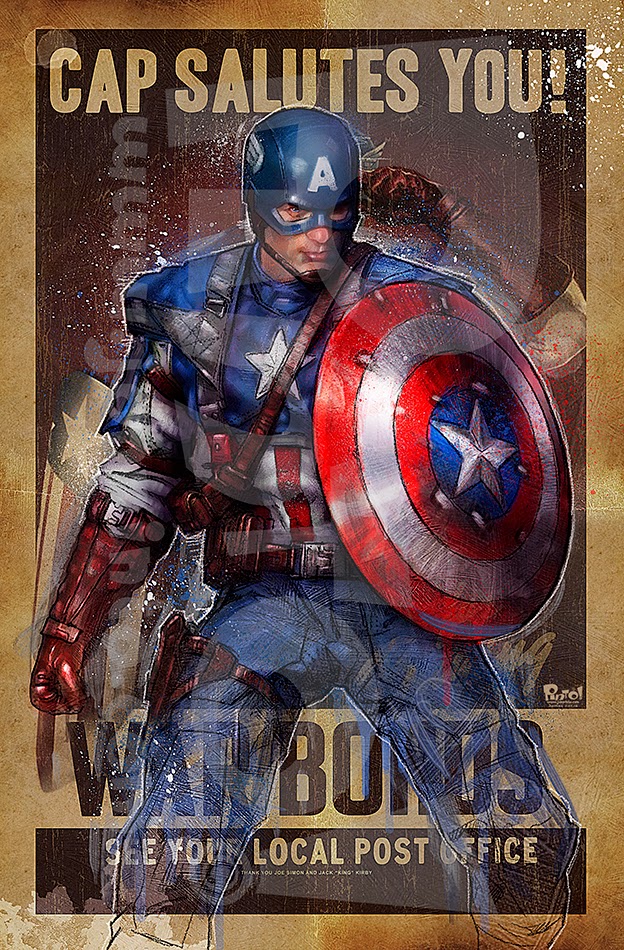