Ya know, sometimes you make a picture because you think it will go well with another one of your pictures. Maybe in my subconscious I just assumed that The Black Widow would just go good with my Captain America picture. Was that based on anything other than the fact that they were both featured in The Winter Soldier? Most likely, yes! I don't think I would have paired them together mentally before that movie came out. And to be totally honest here, I am not even that big of a Scarlett Johansson fan! I mean, she's a decent actress I think but I have never gone out of my way to see her in a movie. I know I will take a lot of heat for that but I am just being honest.

Some people have pointed out to me that I don't paint enough women. That is true but not intentional either. I know that I suffer from a form of "hero worship" and simply gravitate to the hero of the comic or movie. If I had to psycho analyze myself I am sure that it is some deep rooted insecurity that I have for losing my father at a very young age and turning to comic book heroes for escapism and a positive male role model. Good thing I read comics from the sixties and seventies growing up! I don't know how much of that type of role model still exists in modern comics. If you have noticed, we are pretty much over-run with the "anti-hero" now and when a tried and true hero is shown, like Captain America, he is perceived as an anomaly. Maybe I am just getting old. Didn't I start this blog thinking I was going to talk about the Black Widow?? This is also what happens folks when the aging, hero worshipping artist can't sleep and gets up to blog!!

Enjoy the picture tho! 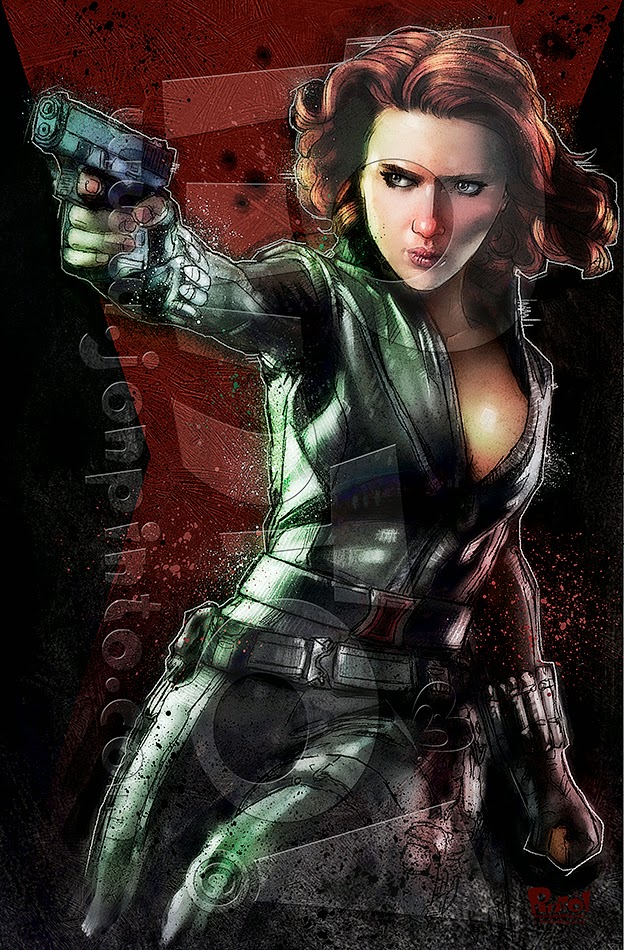