Just can't seem to stop this train that I am on. Now, while I went on with nostalgia in my previous two Superman posts, I have no such affection for the original actor to don the cape and boots. I never saw then shown on TV as a kid and only occasionally saw his picture in articles written about Superman in various newspapers or magazines. I knew OF him, but never saw his two movie serial outings until I received copies of them on VHS one Christmas. They were fun to watch but obviously not great stuff. The two biggest things of note were that Noel Neil (who famously played Lois Lane in TV's The Adventures of Superman with George Reeves from season two onward) also played Lois here. The other was that Superman turned into an animated cartoon to fly! Was not nearly as good as the Captain Marvel serial from the same era. Oh well. Fun stuff at least. Here is a quick Kirk Alyn. 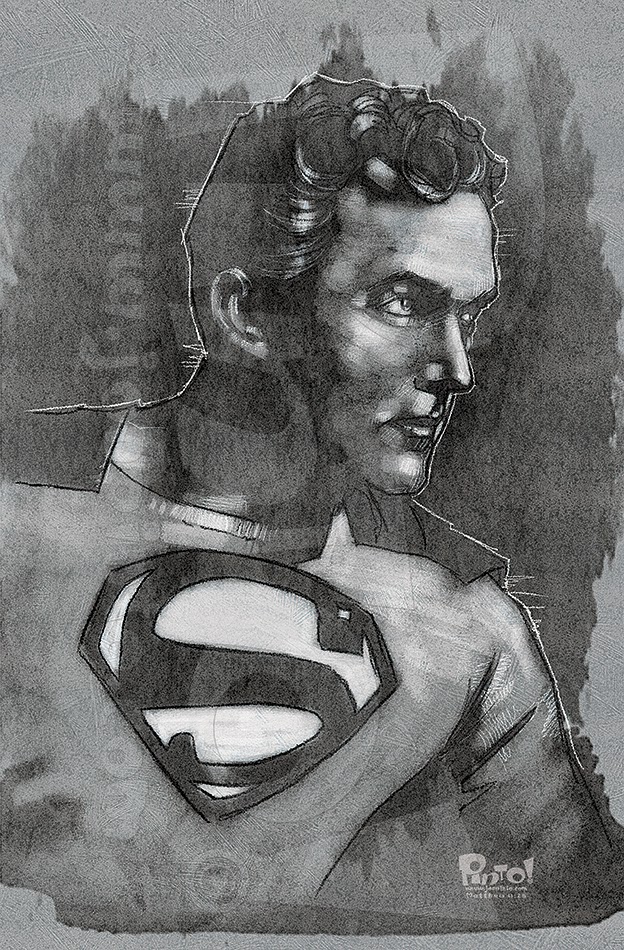