Peter Capaldi IS The Doctor!

So the 12th Doctor has premiered and the chatter has been all over the inter-webs. Love him? Hate him? He really is like a head of state in the fact that everyone has an opinion in not just who should be The Doctor but how he is performing in the role as well. I try to avoid most conversation regarding faith and politics but I must admit that I find myself in deep conversations (debates) about Doctor Who. I just recently got sucked into an online debate over the numbering of Capaldi within the myth. I say he is the twelfth (obviously based on the title of this post) but there are factions out there that say he is the 13th or even the 14th. I will state my opinion here, because this is MY blog after all, and you can state yours in the comments section or on your own blog. Fair enough? Good. I think he is the 12th since even tho 10 "regenerated" twice, doesn't make him two different Doctors! I also don't count John Hurt's War Doctor since he didn't call himself "The Doctor" and that I think Steven Moffat made a mistake by creating and shoe-horning in that incarnation of the character. I have even stated before that while I enjoyed John Hurt's performance, I think it would have been better served if Paul McGann's 8th Doctor played that part. There. I said it. It's online so it can never be taken back. I'm okay with that. For now.

I also always state that the current Doctor is always my favorite Doctor. Certain ones will always resonate more with me (Peter Davison, Paul McGann, Matt Smith) than others (Jon Pertwee), but I like to keep looking forward as well.

Peter Capaldi IS the Doctor! 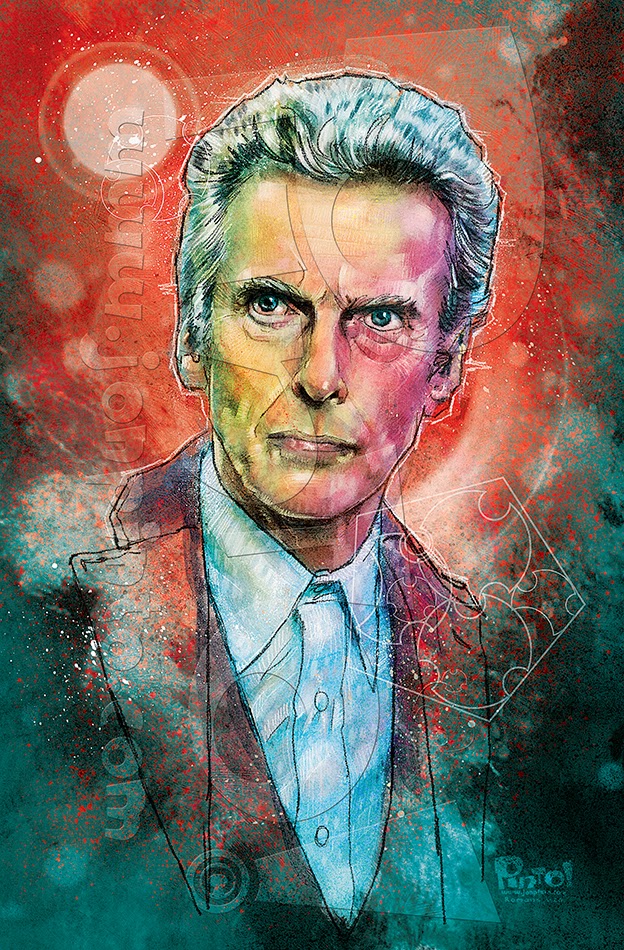