Strange Visitor from Another Planet!

A friend of mine recently told a story that happened to him at his job recently. He basically made a reference to an old TV show (Burns and Allen I believe) and nobody had any idea what he was talking about. Why would they not know? How did he know about it (he is too young to have seen it as well) and not his younger co-workers. Cable TV is the simple answer. To kids my age, we grew up without it and had to watch re-runs of classic shows long since gone. Heck, I remember being floored to find out that Walt Disney died before I was even born! "How?? I JUST saw him on Sunday night!!??" Where am I going with all this? To Superman of course. I grew up watching re-runs of The Lone Ranger, Batman and of course, The Adventures of Superman! I loved them all and watched them every single day after school. I wore a red towel around my neck and underpants on top of my blue pajamas and loved it!! I still remember my dad drawing out the "S" and having my grandmother sew it onto a shirt for me. George Reeves WAS Superman! I still hold a large amount of fondness for the show and have several on DVD and George's famous appearance on I Love Lucy is on my DVR! 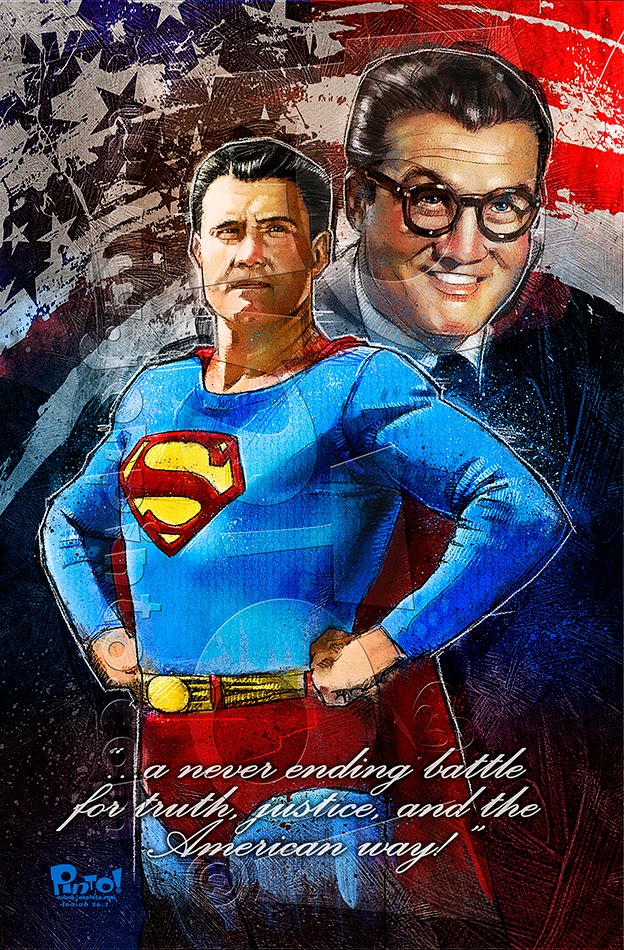