I recently got Michael Keaton's Batman movies on DVD. I had them on VHS years ago but never seemed to get the upgrade. A friend of mine had duplicates and I was able to snag them. As I had not been feeling well, I was spending lots of nights on the couch as to not infect or disturb my wife as she slept. I finally watched both movies as well as all the bonus features and then stared in total disbelief that the first movie came out way back in 1989!! Seems like yesterday. I remember the excitement of it all in those pre-internet days. The magazine articles, the newspaper clippings. I even saved most of them as I did for Superman:The Movie. It was finally Batman's turn. I went out on my lunch break from my job at the bank and bought movie tickets on the day that it opened. We ordered pizza and screened the 1960's movie as a large group of my friends ate before heading back out to the theatre. It was a great night.

So recently Michael Keaton was asked his thoughts on the comments made by Christian Bale about being envious now of Ben Affleck being the new Batman. Keaton quickly responded that he never felt that way about other being cast after him in the role and boldly stated "I'm Batman!". Classic!

So with all this Batman on my brain, I naturally turn to my sketchbook and have been doodling the Caped Crusader but mostly sticking to the classic comic version, Adam West, and of course Michael Keaton's. I drew this in car line waiting to pick up my son from school and finished it during his violin lesson. 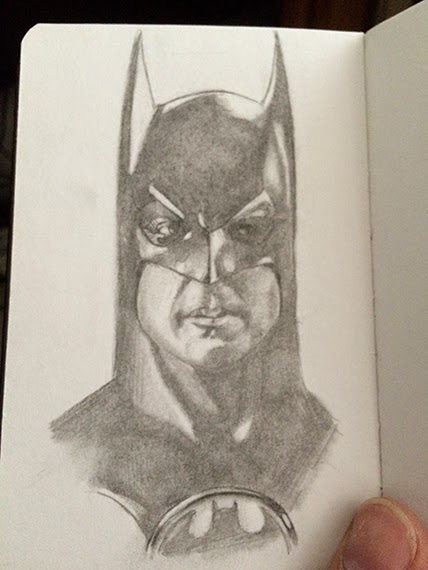 So naturally, I got bored one late night and decided to scan this in and see what I could quickly do in Photoshop with it. I got this. 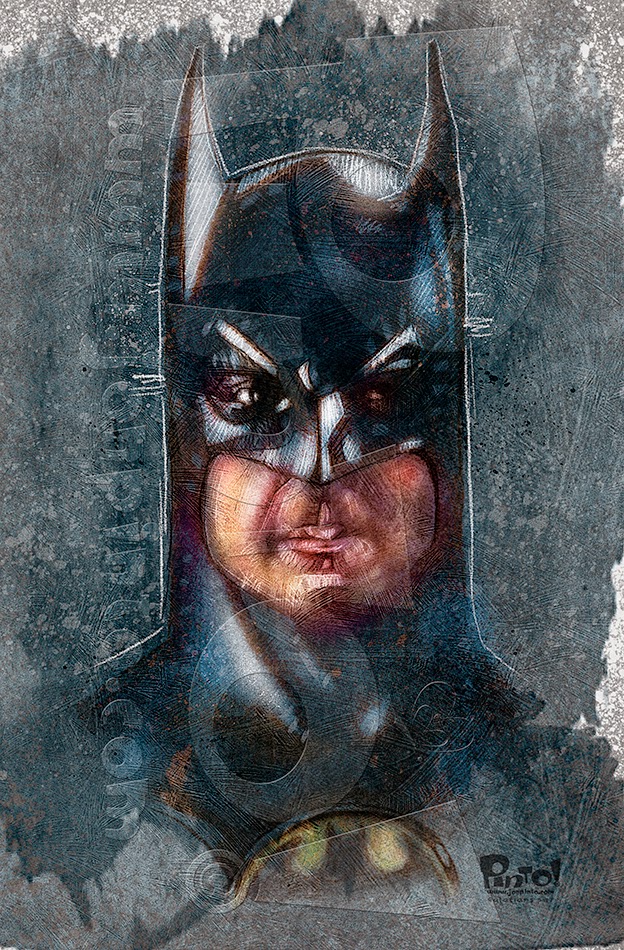