So all of this Spider-Man work has made me nostalgic for some of the "classic" stuff that I remember as a kid. Of course I listened to my old rock-comic record (still have it on vinyl but I also have it on my iTunes) and then found the old 1970's TV show on YouTube! You know I had to watch all of them!! So bad they are good! I easily remember being SO excited for these shows and would even cut out the pictures from the TV Guide! Finally a live action Spider-Man! I didn't even know until years later that Nicholas Hammond (Peter Parker) was also in some movie musical called The Sound of Music! Not that I have ever seen it. So after all that I of course had to do yet one more Spider-Man picture. Quick one tho. So do you remember the 1970's show? 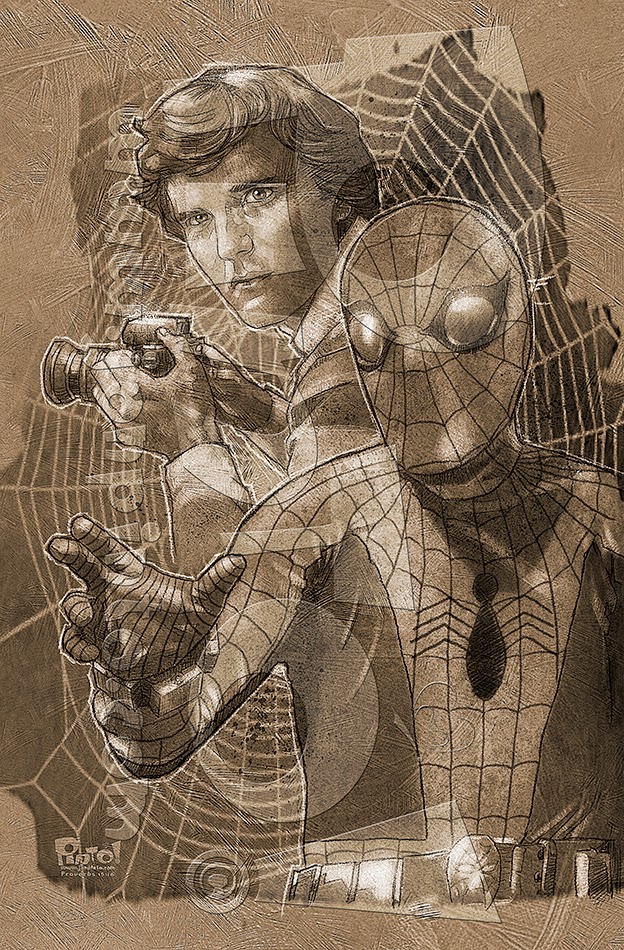