So it's late March now and I am swamped with work and new opportunities. It's an exciting and stressful time all wrapped up at the same time. Anyway, I was digging in my files looking for something and found something else instead. It happens a lot! So about a year or so ago I began work on a new Spider-Man print. Probably when I was all hyped up with the impeding release of Amazing Spider-Man 2. I figured that my Superman with a newspaper backdrop worked out well that I could explore that again and figured since Peter Parker also works for a newspaper and is featured to heavily in his mythos that it seemed like an obvious think to do. So I was off and running in making a new "newspaper". No cheats. I actually wrote the copy that is seen on it, even tho most of it will be covered up later. I was all set to use the characters from the movie for the "photos" but then had a change of heart. I decided not to just do "the movie" but Spider-Man in a broader way. Make sense? So I used some classic art instead and made my own Spider-Man. I even changed up the classic web pattern to further emphasize that this is not based on the movie. And it was fun to do! 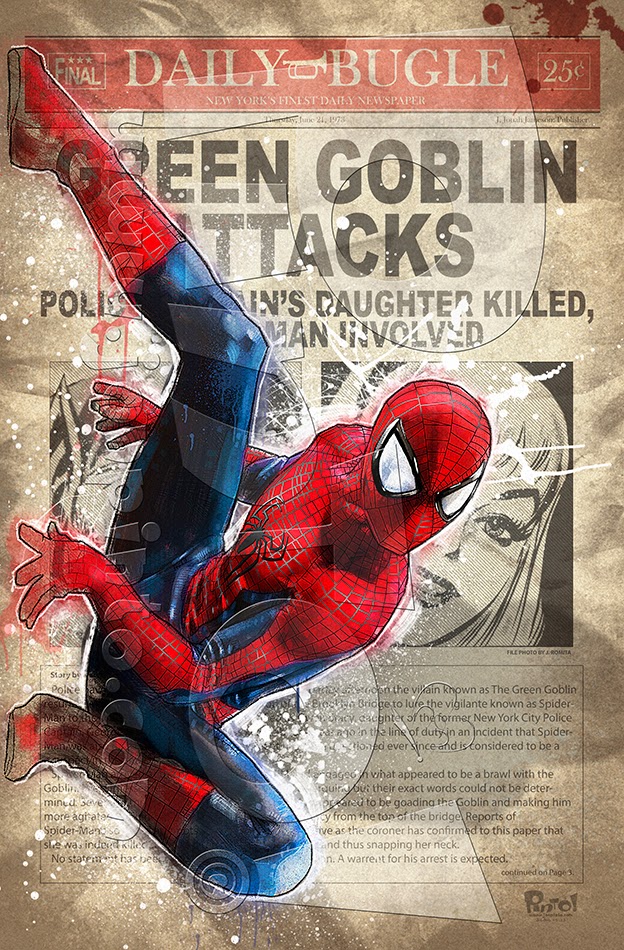 Here are some shots of the "plain" newspaper as well as the final pencil for Spider-Man and a shot of the web pattern being done in vector. 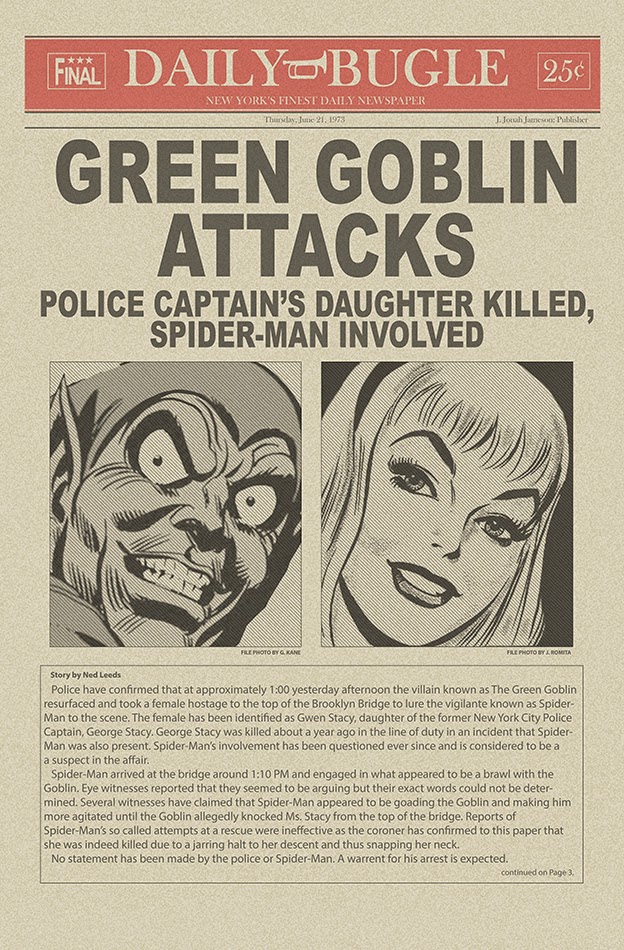 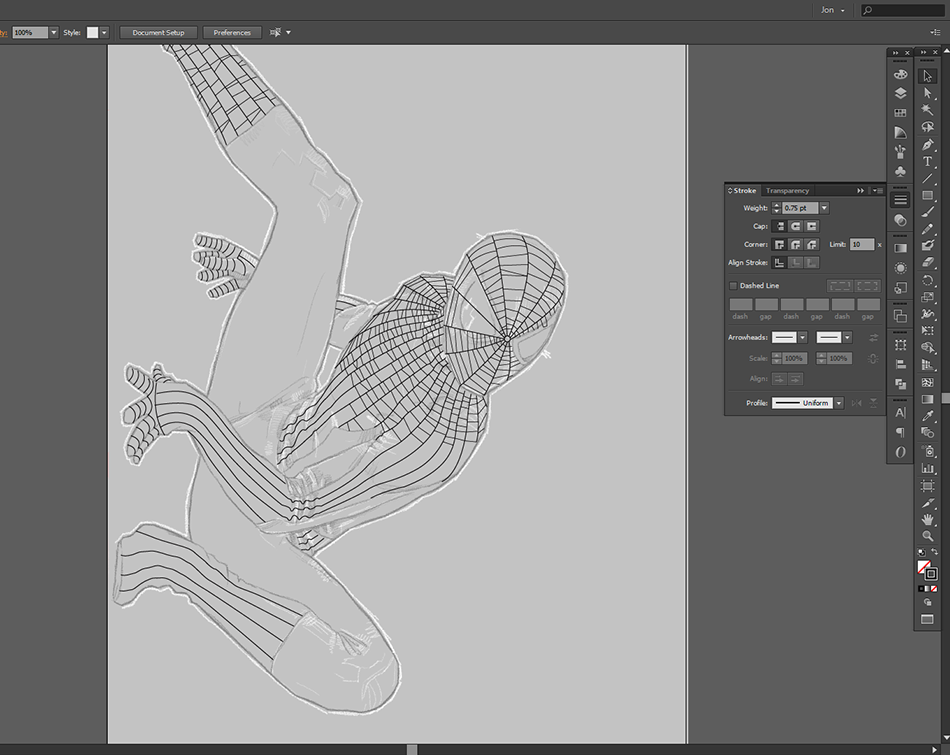 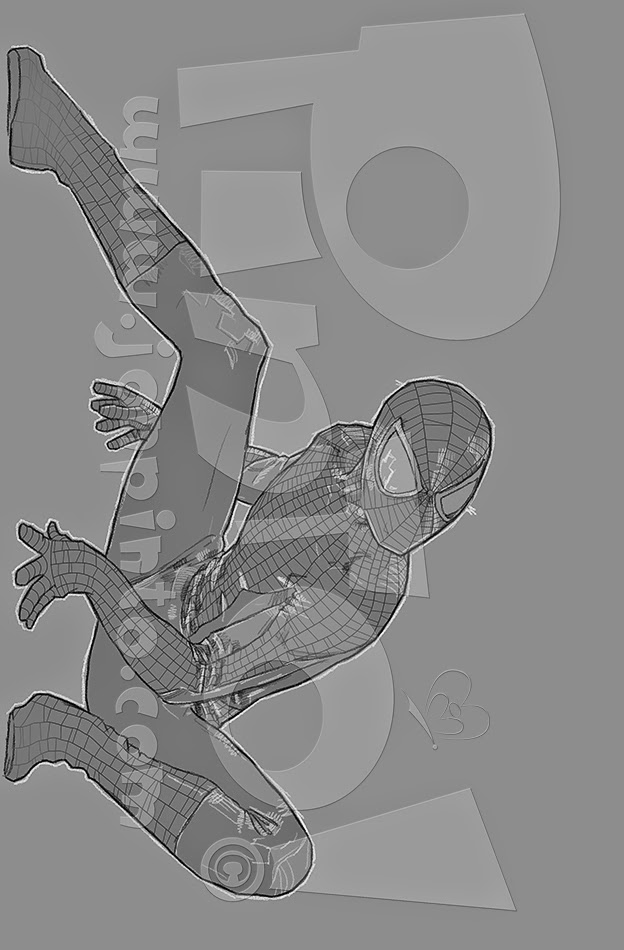