I recently got back from Atlanta and my second DragonCon. I had an even better time this year than last. First off, I am lucky to travel and room with a bunch of really great guys. Some old college friends live in Atlanta and I love getting to spend time with them as well. DragonCon is unlike any other show I have been at as well. You have to experience it to truly understand.
So this year I got to finally see Bubba the Redneck Werewolf. Or, that movie I did the poster for. They showed it late one night to a full house and the director and a make up person were onhand for a Q & A afterwards. It's a fun movie! 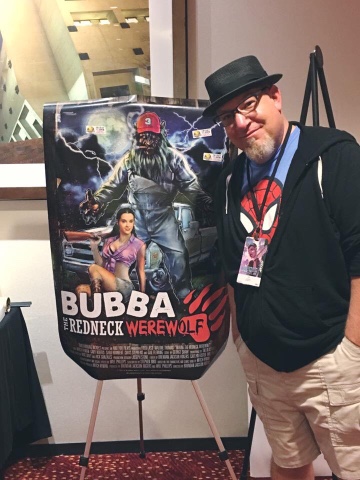 Also, I learned that Gil Gerard, Buck Rogers himself, was at the show. My old roommate, Alberto, and his daughter were kind enough to bring one of my prints over to be signed by him as well as Erin Gray (Wilma Deering). Gil and his wife Janet, liked it enough to ask to have one of their own and to meet me. I obliged on both counts!! It was awesome!!! 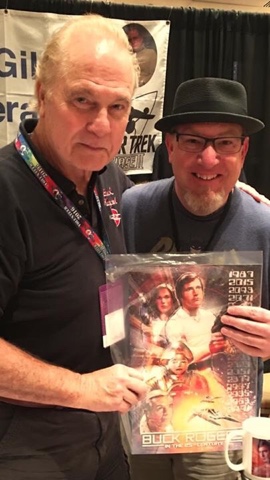 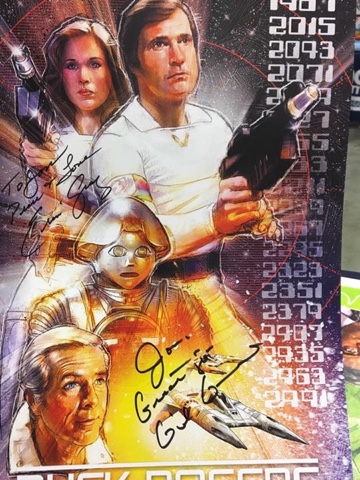