While there were many highlights from the event I would like to point out two very special ones. First is giving a big thanks to Jim Bowers of CapedWonder.com for not only his friendship and help but for also going out of his way to have a piece of art I did get signed by so many celebrities from Superman: The Movie! This piece was done by request for a show in Kansas and it includes so many signatures including the late Margot Kidder. I can't thank you enough Jim. 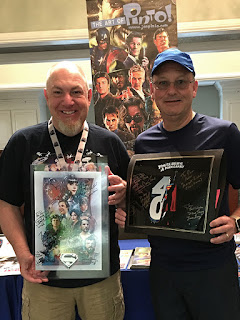 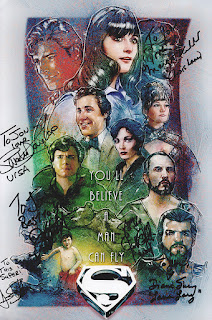 Also at the event and seated right across from me was the great Alex Saviuk! Alex has been drawing Spider-Man for over 30 years which includes an epic run on Web of Spider-Man as well as working on the daily strip to this day! I have been a fan of his work longer than I even realized. I recently re-purchased an issue of Action Comics that I had as a kid and remembered loving the back up feature of a young character called Air Wave. Turns out it was Alex drawing it! I got to ask him about it and he then surprised me on the last day of the show with a drawing of Air Wave!! I was (and still am) over the moon about getting this! Thank you Alex! You are awesome!! 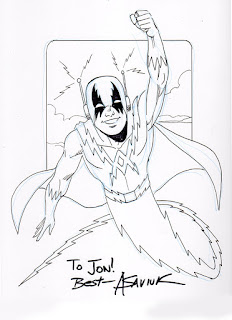 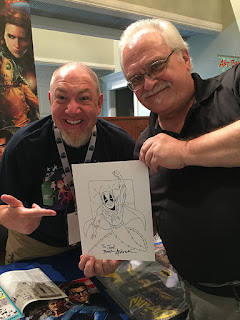