I was asked to not only be an artist at the show but to design the official art for the event as well. It was printed on the program, t-shirts, pins and used in advertising as well. It came together rather quickly but I was asked to make a change to the design from Warner Bros. and change the from image of Superman to an "official" piece of clip art to "keep in the current image of Superman". Meaning, no red shorts. I was a bit bummed but totally understood as I work with large licences on a regular bases. It was the same week that Action Comics #1000 had come out  I was notified and that was the return of the red shorts. Oh well. Here is the official design: 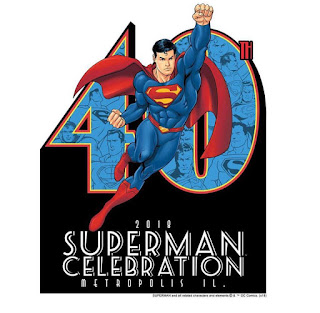 I may get asked to remove this, but here is the ORIGINAL version that I was asked to change: 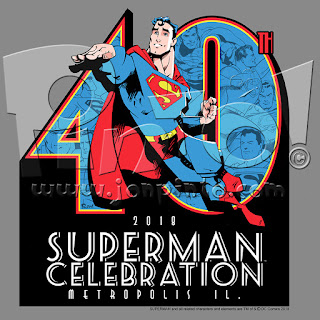 I was also asked to make the poster for the event. I didn't get to draw anything for it but it was still fun to do and see all over town and have people walking around with it to get signed by as many people as possible. I am betting that most people that asked me to sign it didn't know that I designed it. 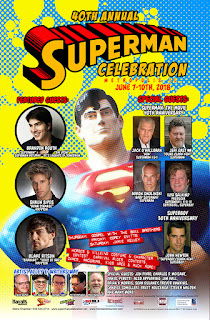 And finally, I did a special variant of my recent Superman: The Move 40th Anniversary poster just for the event. I had them printed at 11x17 with metallic ink and limited the print run to only 40 pieces. Was a big hit and was glad that people responded to well to it. 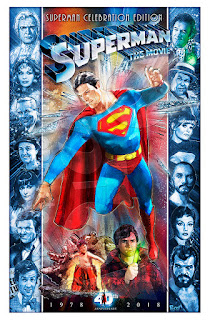