The most forgotten Bond and the most underrated as well. People seem to just assume that since he only made one film that it was so bad that it should be skipped. Not so. He is actually a solid 007 and it's a good James Bond movie as well! He did have the unenviable task of not only following Sean Connery, but was also followed BY Sean Connery as he was wooed back for one more film after Lazenby unexpectedly quit. 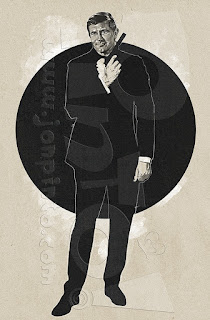