While I was in Chicago this past year for C2E2, I got asked a few times to actually draw comic book characters. It doesn't happen very often as people usually want me to paint a portrait for them while at my table. So I did a few b/w sketches and I was pretty pleased with how they came out. I also doodled a bit in my sketchbook and came pretty close to finishing one of Orion of The New Gods!  A big favorite of mine and I was pretty jazzed how the drawing was coming out. When I got home, I made a few more revisions and called it finished. I didn't initially ink it because of reasons that still may come to light so I will save that for a future post. But then the pandemic started and I had a bit more free time on my hands and I wound up nibbling at it more and more until I just wound up finishing it. I also decided to keep it under wraps but then more time past and then wound up sharing with a few friends. They were very enthusiastic about it and prodded me into sharing what I did. So here I am. 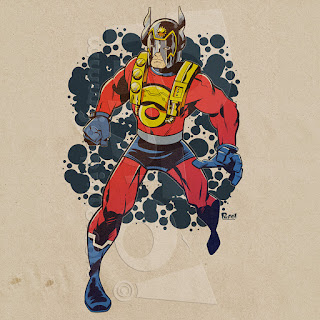 Here is the ink only version: 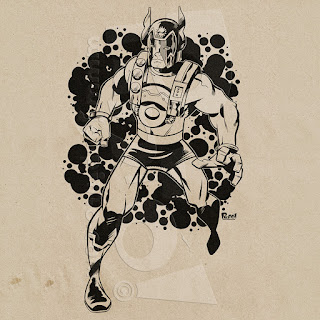 And here are the two sketches I did. Both were part of larger jam pieces. The first is The Impossible Man and the second one is Lightray, also from The New Gods. 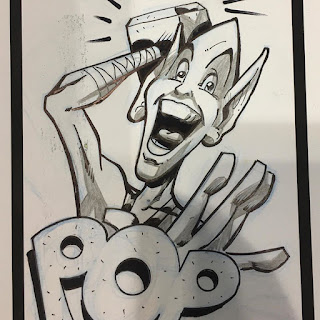