So I have been pretty much streaming a lot of Disney + lately. As of this writing we are still being "socially distant" and I have not had as much work to do lately and to stay out of my wife and son's way as they are working and going to school respectively in our small house, I have been hanging out on our back patio. It's actually a great place. Fresh air, a ceiling fan, by the pool and we actually have a TV out there now. Sounds ritzy but it's not, but it is nice and we are blessed to have such things. So since I was using Disney cartoons as background noise, I was inspired to quite a bit of Disney characters while doodling. Some of them became much more than doodles. So when Pecos Bill came up while watching "Melody Time", I was reminded that when I was very young, my brother and I had one of those read along records of this and that I played it quite a bit even before I learned how to read! I loved it! Plus I was experimenting with a new drawing app on my iPad and wound up drawing Pecos Bill and his horse Widowmaker. The drawing came out well enough I thought. 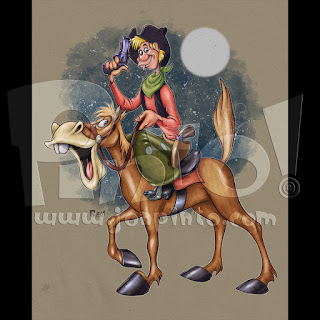 Also, here are the sketch and the b/w version. 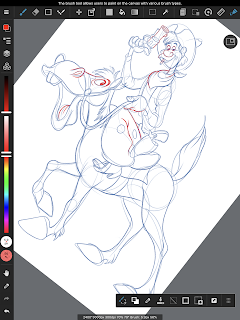 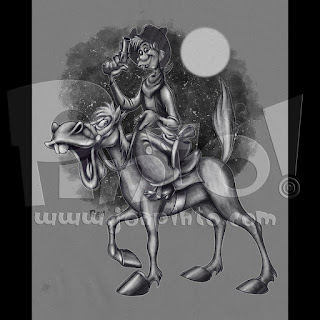