When I Seen A Elephant Fly!

Dumbo has always been one of my favorite Disney movies. I remember seeing as a kid in the theater and hearing the songs on my parents radio from time to time. I never once thought that any of it was racist. It seems now that it's become a target second to Song of the South in that regard. Seems to me that someone thought it was and said it, people heard it and agreed without watching it for themselves and deciding. They are black because they are crows. They are crows because Dumbo is on a farm at that point in the movie. They speak with an old southern "backchat" because they are southern. I've worked with people that spoke that way and most of them were not even black! As a kid in the northeast I thought all southern people spoke that way just like southerners were expecting me to talk with a certain accent being from New Jersey. I figure if Floyd Norman doesn't have a problem with it, why should I? I don't wish to have any type of argument or even a discussion about this. I am simply stating my very simple point of view. What can't be argued is that that wordplay in the song lyrics and the quality of the design and animation! All are top of the heap! I thought it would be fun to take those clever lyrics and play with some typography in a few fun circus themed fonts. Be kind, I am not trained in typography at all so I am doing my best out of my comfort zone. I am also not one of the Nine Old Men.
Enjoy! 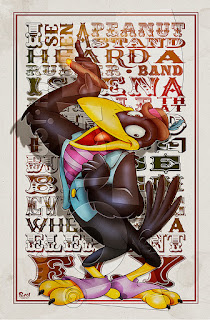 Here is the type without the crow in front and a sketch version of said crow: 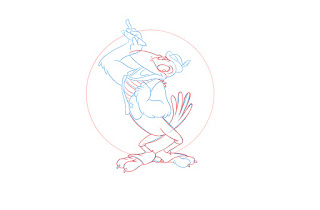 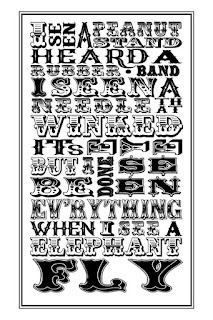