I did a John Carter piece several years ago and actually still pretty pleased with how it came out. Someone recently saw it for the first time and asked me about it too. Right after that conversation I found myself doodling on my iPad at night in front of the television and what I got was a sketch of John Carter. Sometimes these things just surprise you and you go with it. That's a blessing and a curse as you get the wild inspiration to fuel you but it also often lacks the proper planning of a picture that I normally prefer to do. So then it becomes trying to fit a square peg in a round hole. Art isn't always relaxing, in fact it's usually more frustrating! Like when I decided to add the other characters! First I added Dejah Thoris and was into the inking stage when I realized I didn't care for the pose and scrapped her and started over. Then she looked like Storm of the X-Men circa 1979 and had to make more adjustments. When I added Tars Tarkas I wanted to emphasize how his lower body would walk like a gorilla as described in the original text only to have it completely covered up in the final composition!
So here is my comic book style John Carter of Mars. I might color it in the future (while watching television) so we will see. For now I opted for an old newsprint look for an old pulp magazine feel. 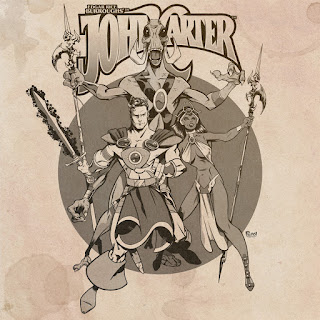 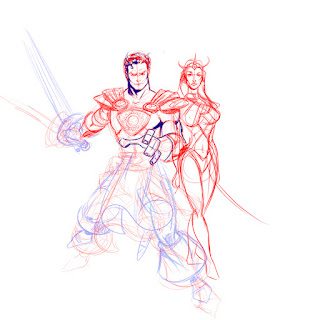 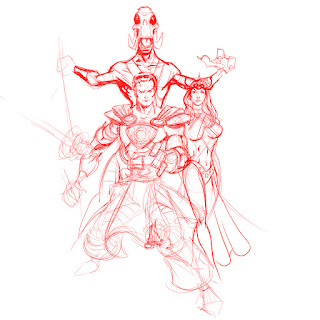 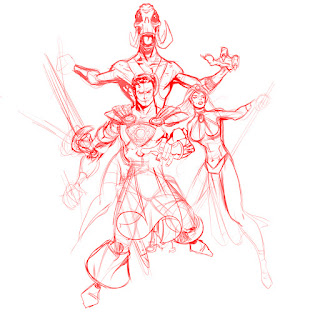 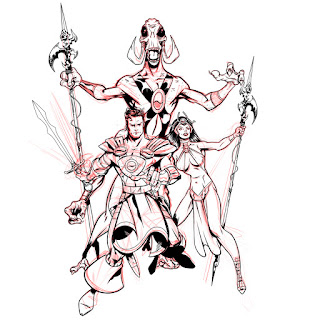 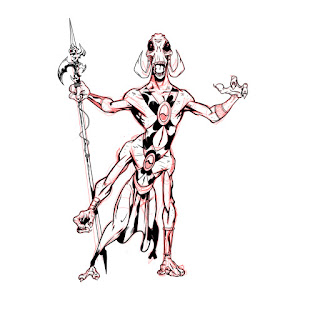