I don't draw many villains as I am more of a "hero" kinda guy, but I am a big fan of Darth Vader. I found him pretty scary as a kid when Star Wars first came out and I was floored by that short scene of Darth in Rogue One when he literally carves up the opposition. After years of slowly turning Vader into a punch line like him narrating map apps and dancing at Disney, it was so cool to see exactly why he should be feared!!

This was done as my second submission for Star Wars Celebration 2022. This was rejected as well. So while it wont be featured among the select few that made the cut, I do hope that you enjoy it. 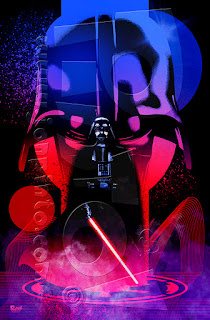