This was a real fun one! There is a young man out there that I have now known for many years. He's the same age as my son and I have watched him grow up. He's a good kid and that's really saying something as his life had more than its fair share of bumps in the road. Several months back, we were chatting at my table at a show like we normally do if his parents are attending the same one as me. He was looking at my drawings and just seemed so enthusiastic. He asked me how much I would charge to draw his favorite character, The Spectre! "Whoa!", I thought, that's not a character a 17 year old normally throws out there! I was a bit impressed and actually the idea of drawing such a classic character sounded fun to me. I told him I really didn't know what to charge and then changed the subject. A day or two later, I was drawing the picture! It was so much fun and a bit odd as I had not traditionally inked anything in a while and my hand is not as steady as when I work digitally with the help of line smoothing!! I was pretty happy with the results tho.

Here is the piece but with digital color added. I posted this first as it looks nicer in the preview. 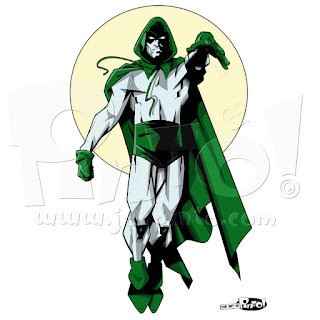 Here are the pics of the actual drawing in progress and finished. 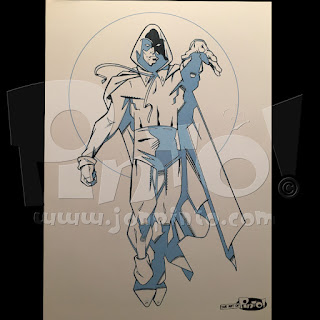 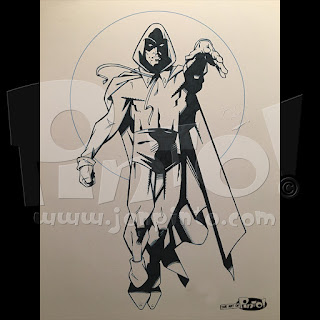